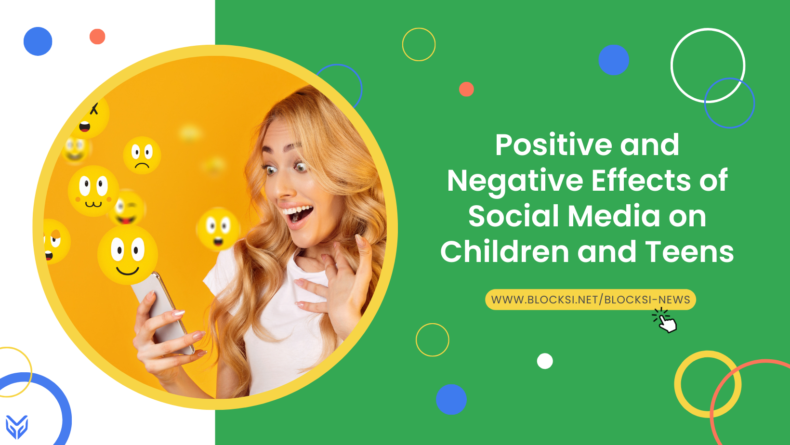 Seeing that about a third of the world’s population uses social media, its colossal impact on individuals and communities doesn’t really come as a surprise. Social media has all sorts of nearly miraculous effects. For example, it triggers the release of the feel-good hormone dopamine. But according to AsapSCIENCE, about 5-10% of Internet users cannot control how much time they spend online. And even if it isn’t entirely the same as substance addiction, brain scans show similar impairments to those with drug dependence.

Using social media provides immediate rewards with minimal effort required, so we could say it is highly addictive. Especially with the young brain seeking constant entertainment, stimulation, and fun. And then there’s peer pressure, making it essential for social media usage for children to be controlled and time-limited. On the other hand, social media is an effective tool for socializing, communicating, and learning. Let’s look at some of its positive and negative impacts on children.

By spending time online, youth learns the technical skills they’ll need to succeed in the future. That includes using social media, which trains them to become capable citizens of the digital era. Being a part of online societies teaches the younger generation to engage in this sort of society, breeds corresponding social skills, and allows them to develop acculturation skills by interacting with a complex and versatile online network. 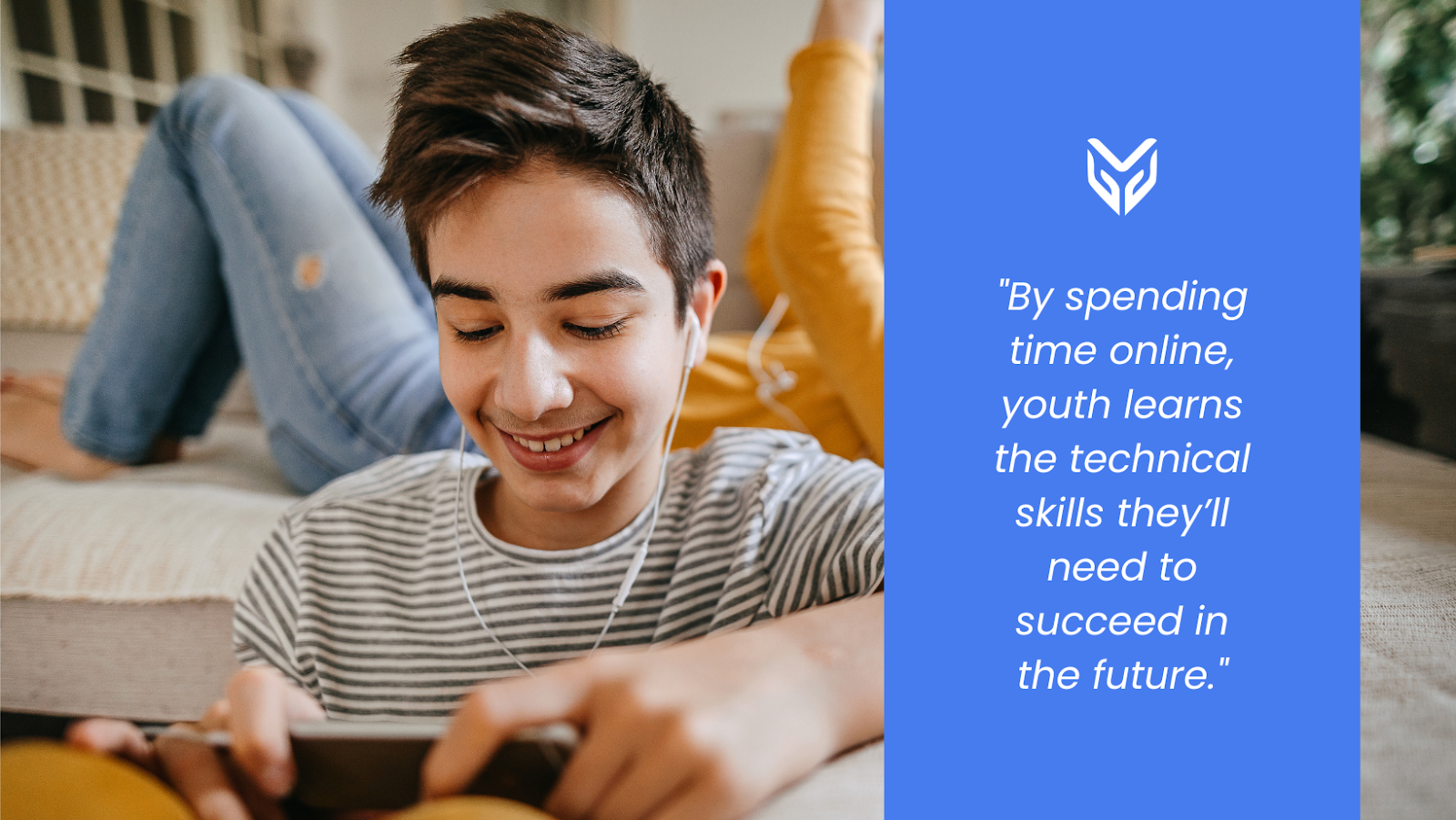 Social media allows children and teens to stay in touch with their classmates and other activities and also enables them to network with those who otherwise share their interests. Research shows social media helps develop stronger links to friends in a similar way to in-person interactions. And besides that, it also comes in handy by giving the children the means to stay in touch with others they otherwise can’t see in person.

Besides social media being a communication tool, it is also a medium for learning. Different from traditional learning methods, it’s more appealing to children and makes learning about various topics more dynamic and exciting.

One of the main worries when considering the effects of social media on children is its negative impact on children’s health. But that concern is when children overuse technology. One of the studies showed that young adults who spend more than 300 minutes daily on social media were 2.8 times more likely to become depressed than their peers with less than 120 minutes of daily use. Increased use of social media can also lead to low physical activity, leading to various health problems, such as incorrect posture, headaches, etc. And it is consequently connected with mental health issues. Then there’s the worry of children developing insecurities based on false online images of beauty. Overusing apps, such as Instagram, can lead to children compare themselves with others and consequently being miserable when unable to live up to the impossible and artificially manufactured beauty standards. This, especially combined with the instances of cyberbullying, can lead to serious mental health problems.

One of another social media’s negative effects is the fear of missing out, also called FOMO. It is the fear that other people are doing something better than you or own better things than you, simply based on what they post on social media. Constantly checking for new posts and comparing real life to images can lead to dissatisfaction and loneliness.

How Do We Help Children Make the Most of Social Media?

According to Common Sense Media, more than half of teens agree that using social media often distracts them from doing homework and paying attention to people they’re with. But at the same time, it may come as a surprise that teens are more likely to say social media has a positive rather than a negative effect on how they feel. 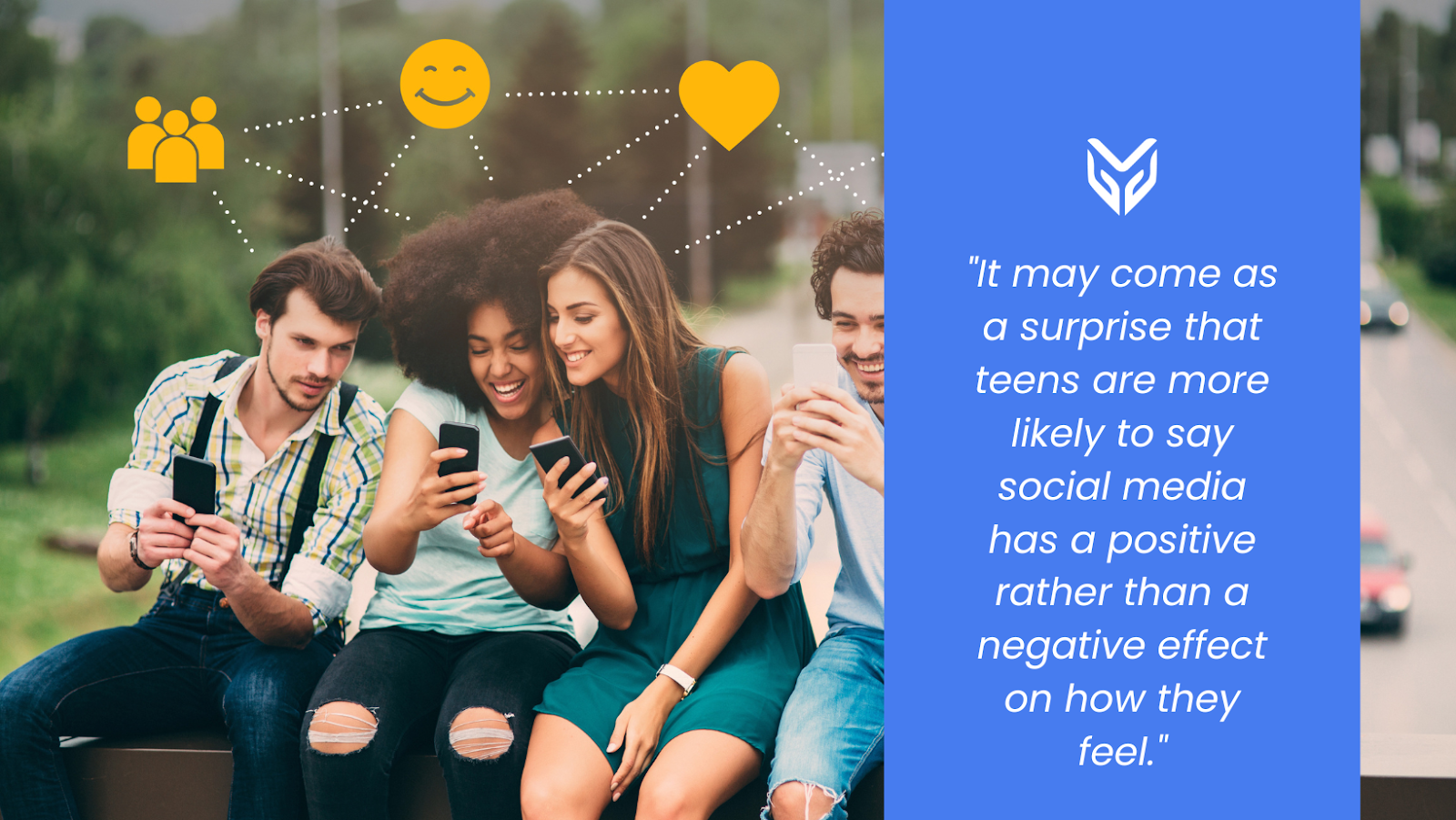 Social media use can include everything from contacting friends to watching videos or mindlessly scrolling – so not all social media activities should be perceived as purely good or bad. It is essential to know and acknowledge all social media’s positive and negative effects on children and thus know that setting clear boundaries while using it is still essential.

Social media overuse and abuse can be tackled in various ways. For example, by limiting and monitoring social media usage, educating parents and teachers on safe social media consumption, raising awareness, and so on. Whether we like it or not, in 2023, social media and technology have become a ubiquitous and undeniable part of our lives, including children’s. We must acknowledge this new reality and make an effort to emphasize the beneficial contributions that technology and screen time can make in our daily lives to help us make the most of it. And most importantly, take all the necessary precautions to make the experience safe for children.

[2] Are the Qualities of Adolescents’ Offline Friendships Present in Digital Interactions?